Over the last decade, Hungary has consolidated its position as an attractive hub for international students. The streets of the capital roar with revelers from all over Europe and the rest of the world and it’s not just because Budapest has party decibels to compare with Madrid. A lot of what you hear are young foreign students, who have discovered the immense attractiveness of Hungary as a place to study.

With more Nobel-prize winners per capita than any country, Hungary is a European intellectual epicenter of long-standing tradition. Hungarian universities are sound and rigorous and their diplomas are recognized throughout Europe and the rest of the world. In this article, I would like to give information on Hungary as a destination specifically for pursuing medical studies.

Honestly, one of the biggest challenges of pursuing medical studies anywhere in the world is cost. In the United States, for example, medical studies are relatively more costly than elsewhere. Multiply eight years (four years of pre-med and four years of actual medical studies) by 50,000 US dollars approximately and that does not cover room and board. You will understand quickly what I am saying. Medical studies in the US if you count from beginning to end, can cost over half a million dollars.

Let us consider another North American option: Canada. Canadian tuition fees are significantly lower than in the US. Moreover, at the most highly ranked faculties in Canada, you are receiving an education as good as the top American universities. Here is the problem: while doing your usual minimum of three years of pre-med in Canada is unproblematic (tuition fees are about 16000 US per year for foreigners and significantly less for Canadians), access to the actual clinical studies is severely restricted to Canadian citizens and permanent residents. If you are Canadian and therefore eligible, you need to know the tuition fees for the four years of medical or pharmaceutical studies fluctuate around 30,000 US dollars. The professors and researchers at the top-ranked Canadian institutions have made breakthroughs in medical science and have Nobel-prize winners among their faculty and alumni. Therefore, entry into these schools is highly selective.

In the United Kingdom, the absence of pre-med requirements means that medical studies tend to be shorter: five or six years instead of 7 or 8 in North America. Clinical years at one prestigious London institution, for example, cost around 38,000 pounds per year at the time of writing. Entry is highly competitive, especially for international students: typically 3 straight As in British A levels or 38 points on the IB exam are minimum requirements to receive consideration.

Entry to all medical programs in the UK is administered by the centralized admissions system called UCAS. You must be aware that entry deadlines are much earlier for medicine (early October). Needless to say, admission to British medical schools is highly selective. You are competing with candidates from the entire commonwealth and the rest of the world -students, who have been fiercely preparing themselves for the rigors of medical school since childhood.

Now, let us compare what is the situation in Hungary. The cost of living in Hungary is low, much lower than in a typical British or North American city. Monthly budgets can be as low as 600 euros. Tuition fees for medical studies are around 17000 USD. Programs last six years. Programs in English and German exist. The programs in German tend to be about three thousand dollars cheaper per year. (In general, it should be noted that if you wish to study medicine at a good price, learning German is highly recommended. The cheapest access to medical studies in Europe goes through Germany, and Austria.)

What are the medical programs in Hungary?

As in most universities in the continent, the first two years are dedicated to laying foundations: Macroscopic and microscopic anatomy, Biochemistry, Physiology, Microbiology, and Biostatistics. Actual contact with patients only commences in the third year of studies.

Hungary is in the center of Europe: its capital is two and a half hours away from Vienna. Hungarian people are lively, hedonistic, and quirky. Hungarian cities, especially the capital, can be places of mesmerizing beauty. Budapest is party central. Debrecen, Pecs, and Szeged offer even lower costs of living than Budapest.

With its rigorous educational system and distinguished scientific history, Hungary offers an economically viable option to pursue medical studies. If you speak German, Germany and Austria may offer even cheaper options for pursuing medicine, though access is restricted by admissions quotas (numerus clausus).

If, however, you are looking for English medium medical education in Europe, Hungary is clearly the most affordable and highest quality option.

Dr. Luis Murillo Dr. Luis Murillo is a former medical researcher in neurobiology and an international college counselor, who has worked for many years with IB schools in Europe and Asia. He has experience as a guest lecturer at the Medical Faculty of Debrecen University and has sent some of his own students to pursue medical studies in Hungary. 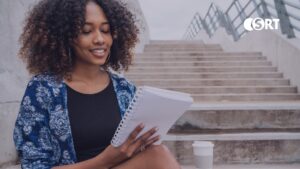